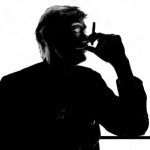 Padunov received his B.A. from Brooklyn College, and his M.A. and Ph.D. in Comparative Literature at Cornell University. He has taught at the University of Iowa and Hunter College, as well as in Germany and Russia.

Together with Nancy Condee, he directed the Working Group on Contemporary Russian Culture (1990-93), supported by the American Council of Learned Societies and the Social Science Research Council. His work has been published in the US (The Nation, October, WideAngle), the UK (Framework, New Left Review, New Formations), and Russia (Voprosy literatury, Znamia, Iskusstvo kino, Novaia gazeta). His areas of research include Russian visual culture, narrative history and theory, film history.