The twenty-first annual Russian Film Symposium will focus on the consequences of Muscovite Russia’s by-passing the stages of nation formation in favor of a leap directly into empire as a consequence of its conquest under Tsar Ivan IV (the Terrible) of the Khanate of Kazan in 1552 and Astrakhan in 1554.  The sudden expansion of ethnicities, nationalities, language groups, as well as territory necessitated the formation of a strong central state (Moscow) and administration to control and oversee the numerous polities that constituted the newly emerged empire.  From Ivan IV through Peter I (the Great), and Nicholai II, the state and its constantly expanding apparatus exercised autocratic control over a sixth of the planet, several hundred language speaking communities and ethnicities.  While this control was always maintained in the name of (Holy) Russia, Russia as a nation was singularly absent.

Even during the seventy years of Soviet rule, “Russian” was conspicuously absent: while each of the other fourteen Soviet republics had their own Union on Writers or Union of Composers (or unions of the other arts), there was never a Russian Union of Writers or Filmmakers; while each of the republics had its own Academy of Sciences, there was never a need for a Russian Academy of Sciences.  The umbrella group was always Soviet Union of Writers or Soviet Academy of Sciences.  Whether Romanov or Soviet—the “anti-imperial empire”—nation formation was never an issue.  Instead, the imperial state was the dominant (if often concealed or simply assumed) model for thinking about issues of “Russianness.”

The collapse of the Soviet Union in 1991 quickly led to the establishment of corresponding organizations (of writers, filmmakers, academics, etc.) this time labelled Russian.  Existence de facto, however, does not translate into existence de jure.  All of these organizations are merely extensions of the ever-consolidating Russian state under President Putin.  The entire budgets for each of these organizations is allocated directly by the state, which closely monitors their adherence to state policy and practices, including limiting print and stage runs, banning films (especially those that deal with Russo-Soviet atrocities committed to other ethnicities within the empire), imprisoning directors (film and theater) on patently false charges, etc.  In effect, Russia’s struggle with nationhood has not yet broken out of the iron fist of the state.

The Symposium will screen twelve films (four in subtitled DCP prints and eight on subtitled DVD), will host eight panels with film scholars from Russia, the UK, and the US, and two roundtables for the participants to continue debating the issues raised during the post-screening discussions at the film panels and to examine the overall topic for that year’s Symposium. 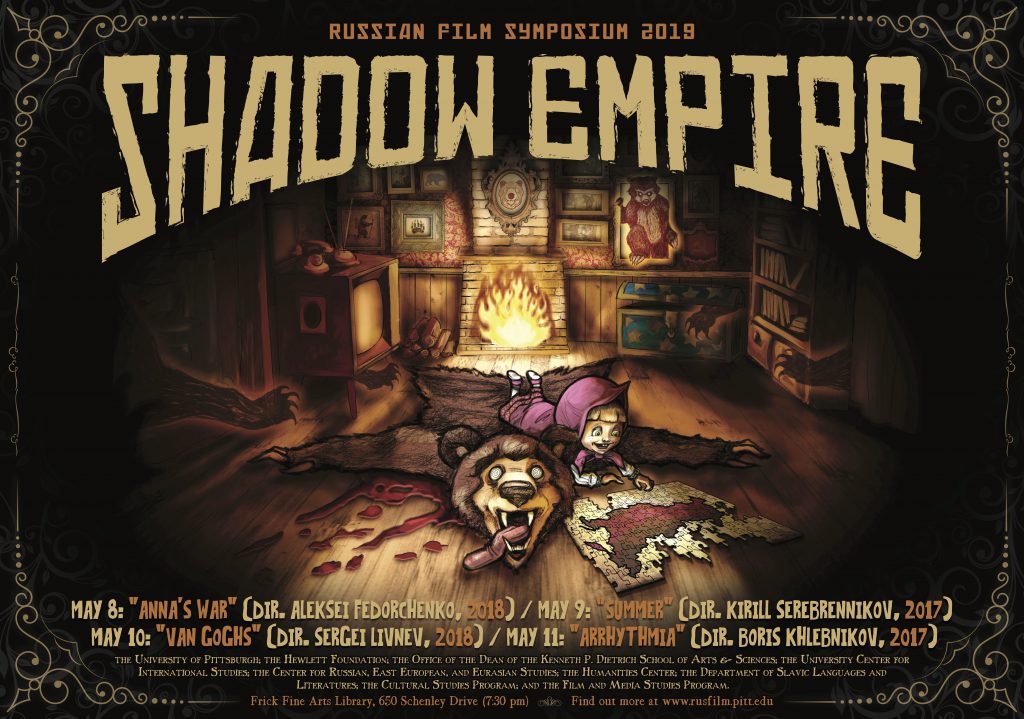