Lower Caledonia is a community in the Canadian province of Nova Scotia.  But Lower Caledonia has nothing to do with that.  Nor does it have anything to do with New Caledonia, named so by Captain Cook, which is a special collectivity of France in the southwest Pacific Ocean in the vicinity of Australia.  Lower Caledonia has no connection even to Caledonia proper, which was the name the Romans gave to what since has become part of Scotland and which has come to mean Scotland itself; a poetic name that has no strict connection either to history or to geography.

“Lower Caledonia” is the phrase on a signpost in the middle of the Kalmyk steppes; other, equally incongruous signs, are placed around the steppe, turning the real landscape near the city of Astrakhan’ into some mysterious, mythical space, which defies everyday logic and habitual boundaries.  At some point, the mystery of the signposts is partially revealed: a whole truck of them has apparently overturned in a ditch somewhere, and someone has made a hobby of arranging them here and there for the benefit of an assortment of various characters who wander across the film by foot, by boat, by car, and sometimes by cart, and always look like they have lost their way but are not really surprised or even bothered by it.  Much like the film itself. 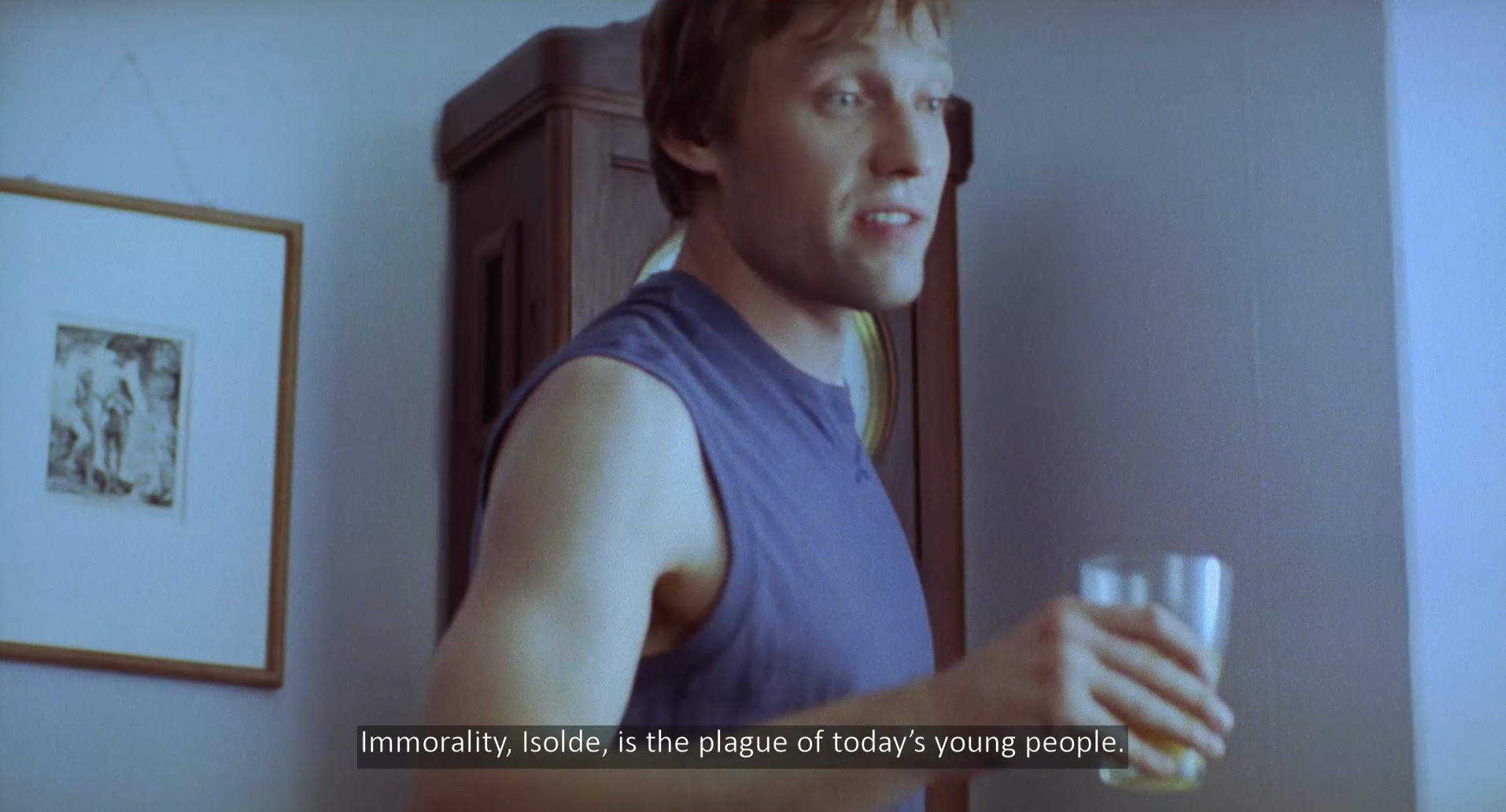 There is, for example, a Professor played by a real-life epidemiologist, Andrei Beliaev, who, together with his son-in-law, is helped with fixing their boat’s motor by a boy who may or may not be an ancient spirit or mythological creature “endemic to this region,” as the characters themselves joke. There is an old witch and a young witch (who also doubles as a narco-trafficker); there is a black dog that sometimes becomes a woman or vice versa.

One possible explanation for the apparent disjointed nature of the film is that it was first produced about a decade ago and completely finished only last year.  The film was made between 2006 and 2008.  It was a debut feature for both its scriptwriter, Andrei Migachëv, and its director, Iuliia Kolesnik.  The former, for whom Lower Caledonia had been a graduation project at the State Institute of Cinematography (VGIK), went on to pen scripts for such noteworthy Russian films as Crush: Five Stories about Love (2009), Star (2014), and About Love (2015).  The latter’s big break had also been a VGIK graduation short Let’s Go for a Walk, based on Kurt Vonnegut’s story “Long Walk to Forever,” which was one of the finalists of the 31st Annual Student Academy Awards.

In 2008, Lower Caledonia was shown at a few festivals in Russia, as well as at the Karlovy Vary International Film Festival in the Czech Republic and even received a prize from the Guild of Russian film scholars and critics “For a talented attempt to construct the film’s plot in a multidimensional time and space” at the festival of debut films “Spirit of Fire” in Khanty-Mansiisk.  However, the film was never properly transferred into digital format, essentially remaining unfinished and inaccessible to viewers outside of these festivals.  Finally, in September 2017, Lower Caledonia premiered for the second time, thanks to a crowdfunding campaign, to which more and more Russian filmmakers (especially working in arthouse or documentary cinema) have to resort nowadays. 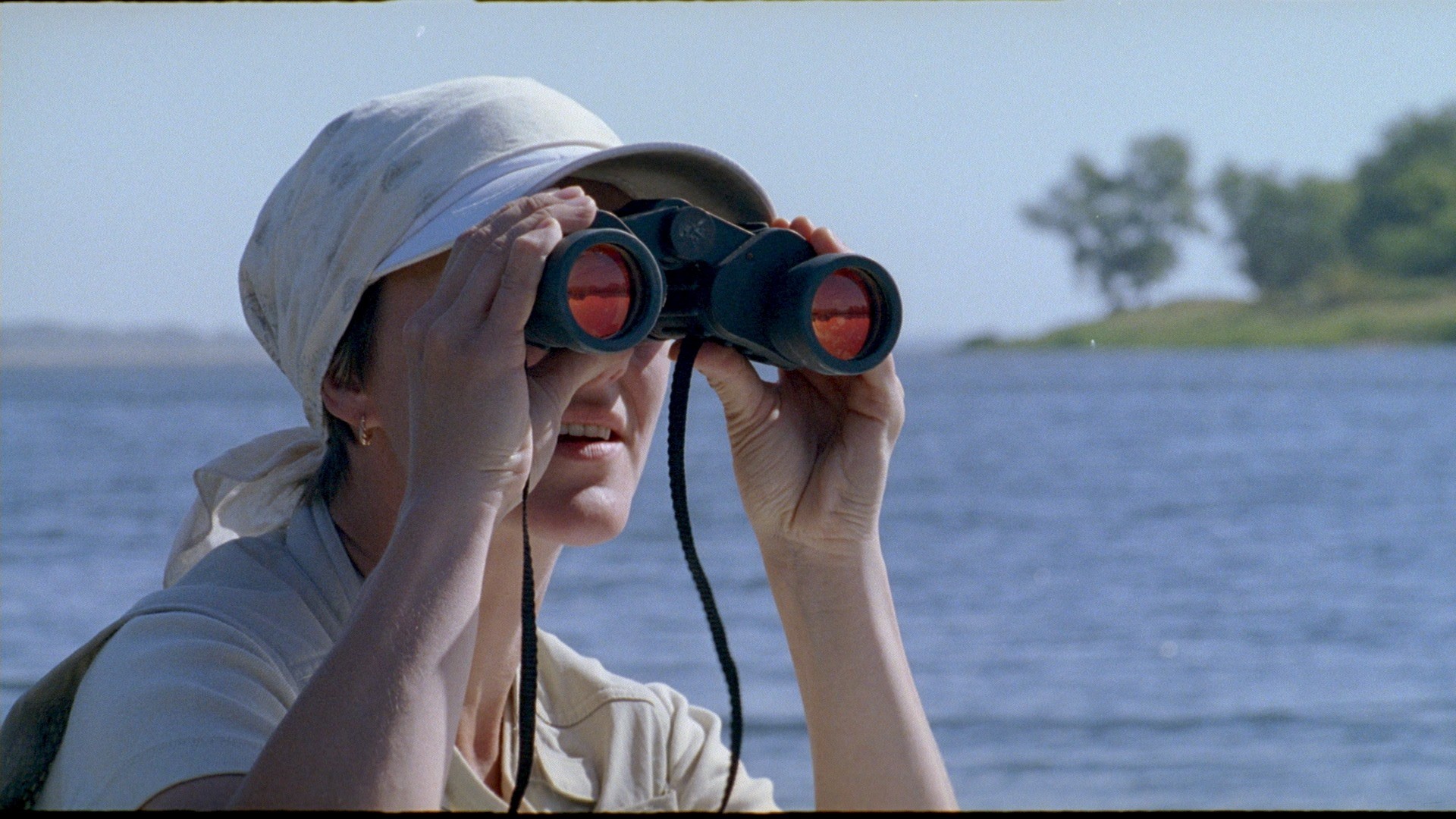 The official information for the crowdfunding campaign described the nature of the script as “simple, funny and sad, scary and absurd stories [that], like a mirror, reflects the characters’ lives, their past and their future, their despair and hope, their wishes and aspirations, their restless search for eternal truths.”

The film picks up a number of themes and quickly drops them.  It is not about ecology and not about the poverty and degradation of the Russian provinces; nor yet about families and their conflicts; nor about smart women unhappy in their personal lives (Mariia Velichkina [Moskalëva]); nor about their good-for-nothing younger brothers (Nikita Tiunin), who seem to be ruled only by their sexual drives.  The film’s patchwork structure is partially normalized by a framing device: a meditation on the nature of the wind in the steppe that brings rain but also tales (the alternative title of the film was The Wind Season).

Perhaps, then, it is best read as an attempt at creating a new mythology of the vast Russian space, akin to the new English “rustic gothic,” manifested most fully in Ben Wheatley’s 2013 film A Field in England. The “English eerie,” described evocatively in critical discourse as “the skull beneath the skin of the countryside,” works with the uncanniness of the domesticated English space.  Russian films that, perhaps, follow or even create a similar tradition (most notably, those by the writing-directing duo Denis Osokin and Aleksei Fedorchenko) are faced with a much larger landscape, with a much more complicated national and political history, and with a much more varied mythology; one which can fit any Caledonia. 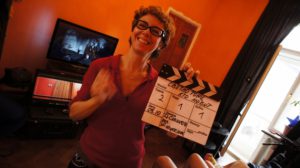 Iuliia Kolesnik was born in Minsk in 1970 and grew up in Moscow. After graduating from Moscow State University with a degree in geology, she worked in advertising.  Let’s Go for a Walk, her graduation film at the State Institute of Cinematography (VGIK), where she studied directing under Marlen Khutsiev, brought her a number of prizes at domestic and international film festivals, including a nomination for the Student Academy Awards (Student Oscars) in 2004.  Since then, Kolesnik has worked mostly in advertising, with brief forays into fiction and documentary filmmaking.