Like its predecessor, Leviathan, Andrei Zviagintsev’s fifth feature Loveless has made a big splash with festival audiences worldwide. Russia’s entry in the Best Foreign Language Film category at the 90th edition of the Oscars won numerous festival awards, most notably, the Jury Prize at the 2017 Cannes Film Festival. Despite being Russia’s official submission for the Academy Award, the film has received a lukewarm response from domestic audiences and critics, who are weary of what they perceive to be Zviagintsev’s own “lovelessness” towards Russia.  However, the story that Zviagintsev recounts in Loveless is, at least at first glance, universal, rather than a specifically Russian one. An estranged couple, locked in an ugly divorce battle, use their child as a pawn in their attempts to hurt each other—it is, of course, the child who gets hurt in the end.  In this rendition of the story, the egotistical parents, Zhenia (Mar’iana Spivak) and Boris (Aleksei Rozin) are not fighting for custody rights; ready to move on with their lives, they are trying to foist their son Alesha (Matvei Novikov) off on one another until they realize that the child has gone missing.

Zviagintsev’s film suggests that the catastrophic “lovelessness” that leads to Alesha’s disappearance is, at least in part, a product of social woes characteristic of any 21st century capitalist society.  Alesha’s mother is too preoccupied with her image on social media, his father is too busy pursuing his career, neither has the time or any desire to care.  Yet Zviagintsev establishes a parallel between Alesha’s parents and the Russian state—the police officer working on Alesha’s case blames police inertia on lack of time and resources—giving us reason to believe that the “lovelessness” portrayed by Zviagintsev is a condition specific to Putin-era Russia.  It is not incidental that Alesha was born in 2000 and went missing in 2012, the years when Vladimir Putin was elected for his first and third terms, respectively.  While the film focuses on the events of 2012, it suggests that the condition of “lovelessness” has been an issue in the family all along.  Zhenia insists that she was too scared to terminate the unwanted pregnancy and was repulsed by her son when he was born.  It was Boris who talked her into having the baby and starting a family; he, however, was motivated by the prospect of personal gain rather than love. Boris’ boss, it turns out, is a man of faith who forces his religious views on his employees and requires that they be married and bear children. Even Zhenia is appalled by the hypocrisy of her husband’s employer who sports a spade-like beard to flaunt his religious views and an extravagantly expensive Brioni suit to flaunt his social status and financial prowess.  Zviagintsev, who criticized the ever growing rapport between Putin’s administration and the Russian Orthodox Church in Leviathan, takes another stab at it in Loveless, implicating the imposed religiosity in the depreciation of moral values and the spreading of the condition of “lovelessness” in contemporary Russia. 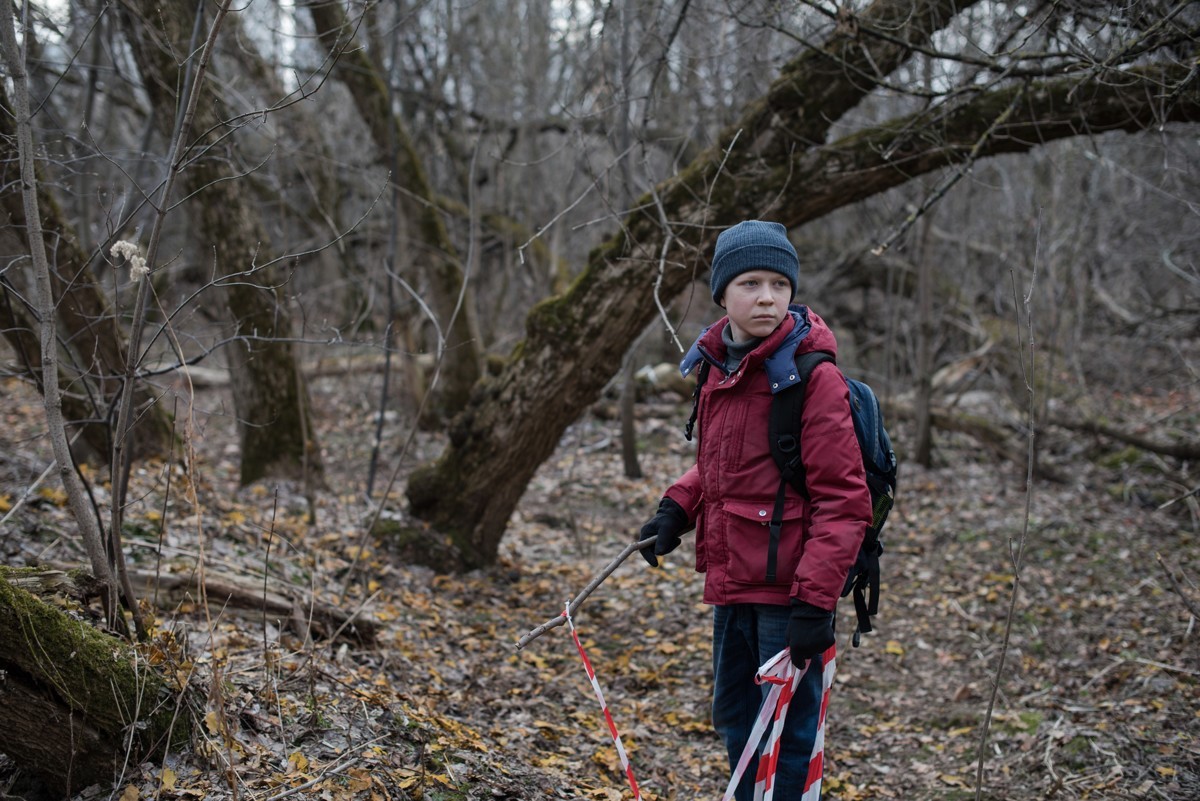 As the drama unfolds, Zviagintsev’s story mutates into a full-blown political allegory.  It may have never been a happy loving family but it is telling that it is in 2012 that it finally collapses.  Putin’s 2012 presidential campaign and the following third term marked a major shift in official discourse that now emphasized Russia’s unique position as a stronghold of traditional values.  The shift in rhetoric did not only solidify the alliance between the state and the church, it became an essential element in the discursive practices used to legitimize Putin’s increasingly more aggressive foreign policy and the Russian military intervention in Ukraine, in particular.  The film’s closing sequences feature TV reports on the conflict, tempting the spectator to draw parallels between the “warring” factions in Zviagintsev’s story and the belligerent parties in the Ukraine-Russia conflict.  The connection is forced at times but it is in these less clear-cut moments that its plausibility proves insightful.

This is the case, for example, in the scene at the morgue, in which the parents have to identify their son’s body.  Zhenia bursts into tears the moment that the body bag is unzipped, Boris is visibly upset, too, his head moving slightly as if nodding.  The parents’ reaction leaves little doubt that the disfigured body in front of them is that of Alesha.  Twelve seconds later, however, Zhenia denies it and vehemently rejects the idea of taking a DNA test.  The scene ends in Zhenia’s violent outburst against Boris, in which she suddenly begins to refer to her son using past subjunctive forms.  When she is led out of the room, Boris, now crying unstoppably, sinks to the floor.  To make things even more ambiguous, the sequence following the morgue scene jumps three years ahead suggesting that the search effort stopped right after the visit to the morgue, leaving the spectator wondering whether the boy is missing or dead.  Incidentally (or not?), Putin vehemently denied Russia’s military involvement in Ukraine for months even though Russian soldiers were, without a doubt, fighting and dying there.  Forbes commentator Paul Roderick Gregory argues that Putin’s denial relied on a word game—Russian soldiers signed “separation documents” before heading to Ukraine, hence they could not officially be called part of the Russian military. In the same piece Gregory points out that since Putin’s twisted narrative made it impossible to arrive at definitive casualty figures; many Russian KIAs were thus officially considered MIAs.  While the pieces offered by Zviagintsev may not align precisely in this way, the persistence of the motifs of disowning, denial, war, manipulation, disappearance, and death hint that they belong to the same puzzle.

What is clear is that Zviagintsev sees no cure for the condition of “lovelessness” that he diagnoses.  The film ends exactly where it started.  Mikhail Kirchman’s camera—Loveless is the first of Zviagintsev’s films to be shot in digital—glides across the gray snow-covered landscape lingering on the cobwebs of naked tree branches.  Evgenii Galperin’s ominous score crescendos as the camera follows the movement of a flock of birds and moves in to capture the red-and-white warning ribbon caught in a tree. 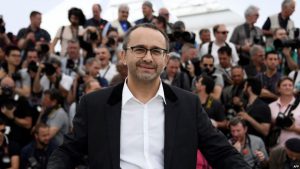 Andrei Zviagintsev graduated from the acting department of the Novosibirsk Theatre Institute in 1984 and from the acting department of GITIS (Moscow) in 1990.   In addition to acting on stage and prior to his work as a director of feature films, he worked on various television projects as actor, director, and producer.  Since his filmmaking debut in 2003, his extraordinary success at international film festivals and competitions has quickly catapulted him into the ranks of Russia’s foremost film directors.