There are in fact two beginnings to Matilda, although one has received considerably more commentary than the other. First, a performance: an ordinary ballet, until Matilda’s dress is “accidentally” let loose and her breast is uncovered.  And second: a train carrying the royal family is derailed in a spectacular accident.  In the first scene, all the men witnessing the erotic incident—including the heir to the throne of Russia, Nikolai II (Lars Eidinger)—seem collectively to abandon all notion of self-restraint at the sight.  As Matilda keeps on spinning with no regard for her immodesty, the gears and cranks of the plot fall into place, and one can begin to guess the outlines of a conventional story of passion, forbidden love, and masculine rivalry.  Much of the controversy generated by the film is about this: the blasphemous depiction of a steamy affair between the now-canonized Nikolai II and a commoner.  Conservative groups in Russia took offense at the film; death threats were sent, cars were torched.

Yet a second narrative runs parallel to, and is enmeshed with, the first.  Another beginning follows the one just discussed, but instead of starring the pierced heart of the Prince, it features the broken back of the Tsar. As Alexander III (Sergei Garmash) and the rest of the royal family travel by train in the Russian countryside, a single horse dragging a cart is stuck on the tracks.  An accompanying peasant sees the oncoming train and tries to move the stubborn horse out of the way, but to no avail.  Rather than just plowing through the wooden cart, bizarrely enough, the entire locomotive derails at the shock, fire breaks out, tears and screams fill the air.  Luckily, a strong and heroic Alexander III single-handedly lifts the roof of the destroyed wagon, allowing his family to escape, before collapsing shortly afterwards under the crushing weight.  The scene ends with a close- up of a picture of Matilda, laid out in the wreckage. 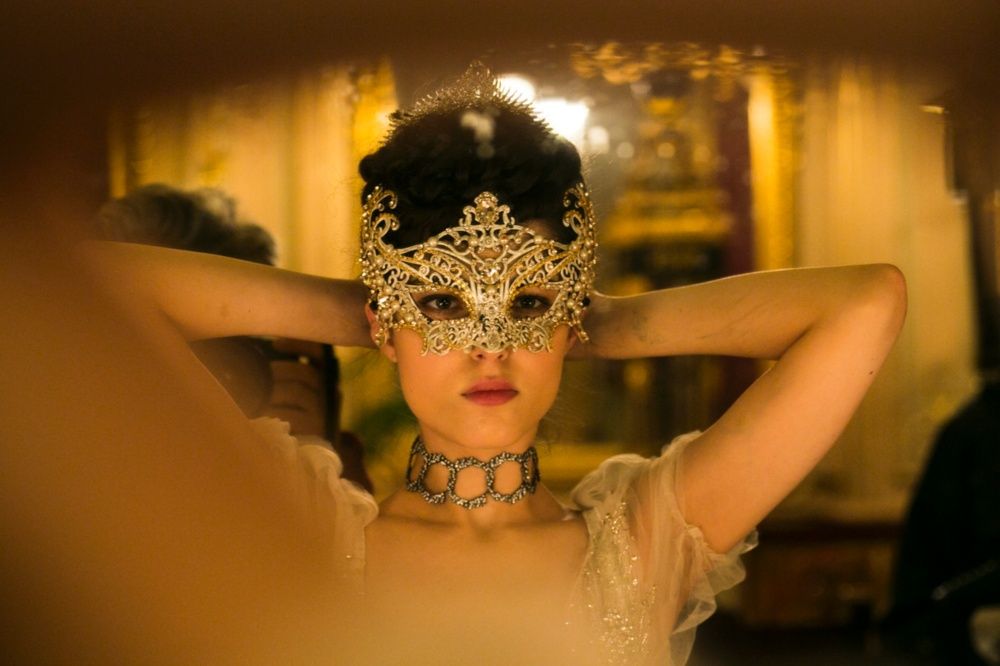 It seems then that Matilda’s ambitions to document, with extensive artistic liberty, the circumstances that led to the Russian Revolution, and Matilda is at the heart of it. This early scene foreshadows Nikolai’s grim end: a harmless-looking worker nearly gets rid of the royal family, in spite of its pomp and superiority of means.  The political crisis in the Russian empire is also a crisis of masculinity, as it becomes increasingly obvious that Nikolai II is merely a pale reflection of his virile father.  Despite earning the nickname “The Bloody” by his political adversaries, Nikolai II is here portrayed as meek, boyish, almost effeminate.  When a brash rival for the love of Matilda hits him in the face, his only response is to sit on the bed in shock until his guards come to arrest the attacker.  Out of love for Matilda, he considers giving up the throne.  Even at the end, during the ceremony of succession, he faints at the sight of Matilda, whom he believed dead.  As his ailing father tries to demonstrate, Russia needs “a tight grip,” and it is amply clear that Nikolai is not capable of mustering it.  Instead, it is his lowly rival, Vorontsov (Danila Kozlovskii), whose rank in the army is either not clear or not worth mentioning, who is the sole repository of old school, brutish masculinity in the film.  In every one of his appearances on screen, Vorontsov indulges in a demonstration of virility: he endures spectacular tortures without flinching, scoffs in the face of death, and is prepared to fight and kill anyone to “win” Matilda.  Everything that Nikolai lacks, Vorontsov compensates to the extreme.  Matilda then is the wild, scandalous whirlwind of femininity and eroticism who bewitches men and quite literally topples empires. 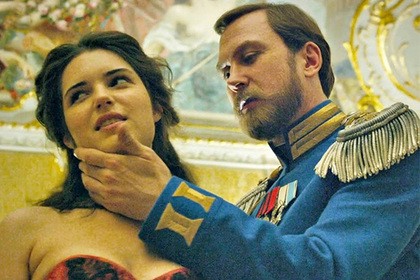 But strangest of all in Matilda is perhaps the narrative’s ultimate attempt to bridge two conflicting moments in Russia’s modern history: the transition from an imperial society to a socialist one.  The topic is indeed a sensitive one, since Nikolai II and his family were granted the status of Passion-Bearers in 2000.  Rather than lingering on the bloody affair that was the 1917 Revolution and Nikolai’s subsequent execution, Matilda casts a nostalgic gaze on the last years of the empire, and prefers to diagnose natural causes for its death: an heir who did not have “the grip,” and of course, an irresistible woman. The last oddity in Matilda’s script is perhaps Nikolai’s generous guilt after his coronation. When he is told that the Russian people came in droves to witness his consecration and that a stampede killed thousands, the sensitive emperor, as if haunted already by the spectre of socialism, orders his bewildered captain to “Bury them all in coffins” and “Pay the families 500 silver rubles each,” suggesting that a transition to a more equitable imperial rule would have been possible.  One of the last images of the film, of Nikolai falling to his knees on a stage, gazing at corpses being carried away while fireworks explode in the background, captures the twilight of a political model.  At least we can take comfort in the epilogue, which solemnly announces that although Nikolai II and his family were executed in 1918, Matilda lived on to be 99 and, with her, the memory of a fairy-tale era, brimming with passion and bright colors. 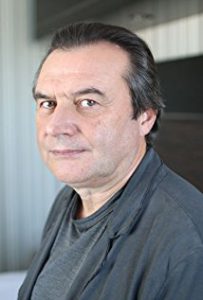 Aleksei Uchitel’ was born in Leningrad in 1951.  He graduated in 1975 from the Gerasimov Institute of Cinematography (VGIK) and worked as a cameraman and documentary film director at the Leningrad Documentary Film Studio.  He is currently the president and CEO of Rock Films, a production company established in 1991.  He has won a Nika, the Russian Film Academy Award for best feature film in 2000.  In 2008 he was awarded the Best Director prize in the Karlovy Vary International Film Festival.