In his new film, Pavel Chukhrai presents the love story of Max (Rinal’ Mukhametov) and Laima (Iuliia Persil’d): the former is a Jewish orphan turned Soviet policeman, intent on hunting for Lithuanian guerrillas after WWII; the latter is a Lithuanian woman whose father once saved Max but also participated in the murder of his mother and sister during the Nazi regime’s control of the Baltics.  The film script is an adaptation of the Jewish author Efraim Savela’s book, Sell Your Mother, which was written in 1981 in Jerusalem after his expatriation from the Soviet Union.

Pavel Chukhrai approaches twentieth-century pre- and post-war Lithuanian history and the Holocaust through melodrama.  This work follows his two previous films, The Thief  (1997) and A Driver for Vera(2004), that also deal with Soviet history of the 1950s and1960s.  In his famous book on the melodramatic mode of production, Peter Brooks suggests that melodrama is constructed to act out social and cultural conflicts on the level of familial and personal relationships in everyday life.  In the melodramatic aesthetic system, excess, hyperbole, excitement, and exaggeration appear primarily as artistic devices that draw the audience’s attention to extra-logical explanations of social tensions and historical conflicts.  In melodrama, as a genre centered on people’s lives, the individual matters even at the level of world conflicts.  Rather than historical circumstances or objective economic and political powers of world change, people appear as the focus of the film and they embody important cultural and political forces.

From this perspective, the director starts a conversation about the importance of every human life in war by dealing with the Baltic experience of the Holocaust, an event that still resists the realities of the tragedy.  The melodramatic mode suggests that we watch Max and Laima from two perspectives: as a couple in eternal love, Romeo-and-Juliet style, as well as the embodiments of forces that clash during the war in the Baltics.  In the film, the name Laima simultaneously signifies an ordinary Lithuanian woman, as well as the Lithuanian goddess of destiny and happiness.  The original film title, Baltic Tango, reflects the love-hate relationships between Jewish, Lithuanian, Catholic, Nazi, and Soviet cultures.  The director, however, changed the title, switching from the geopolitical approach (Baltic) to the aesthetic (Cold). 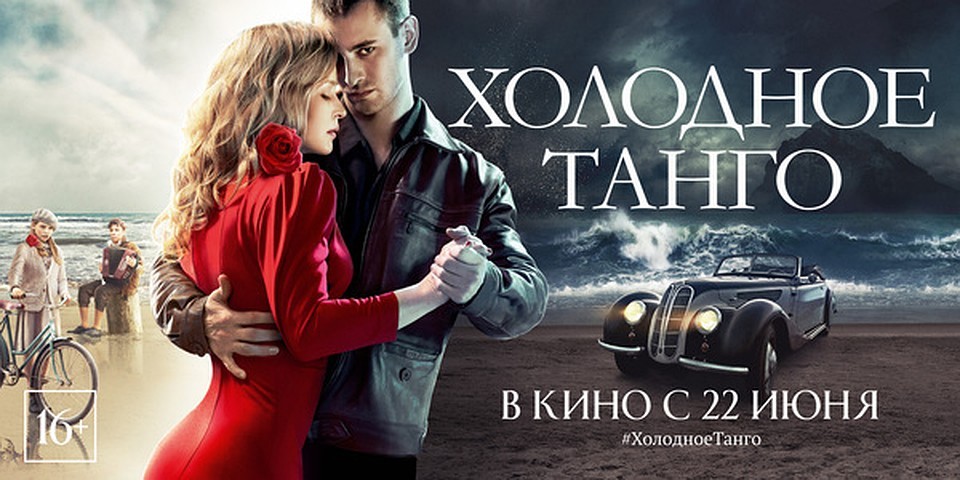 The director gestures towards politics not only through heated historical circumstances, but also through aesthetics, especially with the color palette.  The film features three distinct spaces through atmosphere and colors: Baltic space as seashore and farmstead; Jewish places (Max’s apartment and a restaurant); and an NKVD office, in which they interrogate the protagonist.  The Baltic shore reveals the Nordic beauty through different shades of blue, gray, and white.  While sunny when Max and Laima meet for the first time, the beach becomes dark and windy right before the final catastrophe.  A cold, light pastel palette connects and defines everything that is Lithuanian or Baltic in the film: clothes, low skies, the city, moderately cold nature, and farms.  Following this color scheme, people’s behavior and gestures appear reserved and almost superfluous.  From this angle, the Nazis appear as an addition to Baltic culture with their light blue uniforms.

The old rich Jewish apartment and restaurant emerge as spaces of darkness filled with shadows.  Consumed by the memory of family pictures, a Zinger sewing machine, heavy curtains, a dinner table, bentwood furniture, old closets, and everything for a life of ease, several rooms appear as comfortable and healing spaces for Jewish people while extremely dangerous for others.  The apartment saves Max’s life but serves as the reason for a Nazi officer to enter and rape Laima.  It is a safe place to raise Max’s daughter, but it also appears as the locale for Laima’s father’s arrest and suicide.  The dark Jewish restaurant provides safe living conditions for Max and “his” Laima through the time of the Soviets, serving almost as an asylum and space in which every conflict can be extinguished or postponed.  This darkness of Jewish spaces interconnects with Max’s mother’s black dress, Max’s clothes later in the film, with the black and white frames of his dreams, as well as with the black and white pictures in which Max sees Laima’s father participating in the murders of Lithuanian Jews.  The darkness of Jewish aesthetics in the film welcomes its people and frightens outsiders. 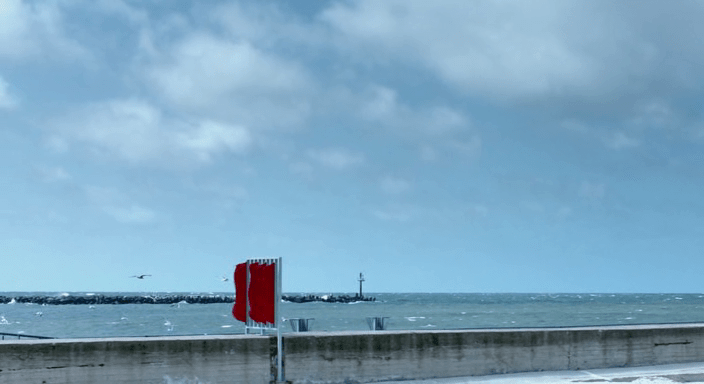 Only the red color of the Soviets is not afraid of the blackness on the Baltics, as it uses the Jews to hunt for the Lithuanians hiding in the woods after the war.  Red appears as the discordant and superfluous element on the peaceful shore.  Bearing ideological weight, the bright red flags can also be interpreted as a warning of a coming storm.  Soon after the frame, red flags appear on the beach, Max is killed, and Laima is sent to Siberia.  In the film, red absorbs all subjectivity from people and subjugates them to follow the ideology that caused so much spilled blood in the Baltics. Despite her innate pastel-colored beauty, Laima has to turn into a hysterical femme fataledressed in red to survive in Soviet Lithuania.  Red turns the light blue Lithuanian goddess of happiness into a Soviet fury dreaming of revenge. 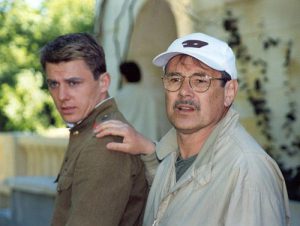 Pavel Chukhrai is the son of the famous Soviet film director, Grigorii Chukhrai.  The younger Chukhrai graduated from VGIK in 1969 as a cameraman and in 1972 as a film director.  His film, The Thief,was nominated for the Oscar and Golden Globe awards.  The film received the Russian national Nika prize for best directing and for best film.  At the Kinotavr festival, Chukhrai’s film, A Driver for Vera, was awarded best directing, best script, and best producer’s work.