Il’ich, a former KGB agent and protagonist of the film, stalks people he imagines as being deviant. His imagination is central to the plot because Il’ich’s surveillance is old school; he literally follows people as they go about their lives and this manifests thresholds that he is unable to transcend physically. At these points—where Il’ich’s limitations confine the narrative—the film switches over to grayscale and there is a convergence of the plot, a satiation of our inquisitiveness and scopophilic drives, and what is ostensibly a manifestation of Il’ich’s perception of his targets.

The film begins with the shot of a young woman carrying a violin case and smoking a cigarette while awaiting someone. She enters a restaurant, where her associate, a young man, joins her. Il’ich is shown seated at a corner table observing and overhearing their conversation. The couple discuss “work,” at one point referring to it as “art,” but the young man is visibly nervous and the woman appears uninterested in his feeble attempts at getting to know her. During the conversation the man mentions that his dog has been poisoned recently and the woman responds that something unpleasant happened to her grandmother—a common trend amongst Il’ich’s subjects through the film. Il’ich follows the couple to their place of work but is unable to gain access—a number-coded security system guards the door. As Il’ich is shown traveling back, we see grayscale visuals of events inside the space the couple entered: an old woman seated outside a room; inside, a red heart-shaped cushioned bed with an elongated ramp surrounded by lights and camera equipment; the young woman opening her violin case to reveal a hidden dildo; the young man with a packet of “dope” to help his performance. 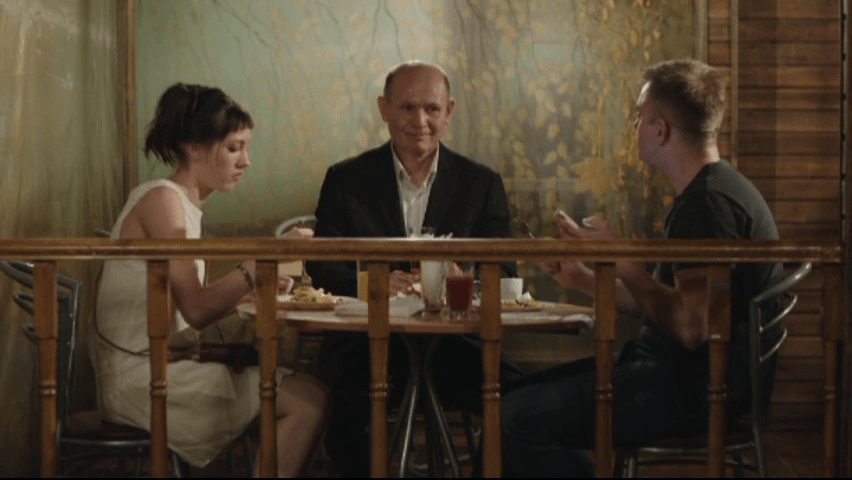 Il’ich works as a security guard at a corporate office complete with glass facades, revolving doors, and employee locker rooms. His job seems to consist mainly of sitting beside an automated security system that grants people access to and from the location. When he meets his former KGB colleagues, they question his maleness because Il’ich mentions certain issues that are troubling him. Il’ich references hauntings, in the form of feelings that come at him and overtake him; he also claims that his subjects “are all like children” and that he has “gotta keep an eye on them.” Il’ich’s allusion to the spectral challenges simplistic notions of allegiance to nation, organization, and duty—men, dutifully given over to ideology. The haunting is not a question of choice or agency; it is a drive to circulate and perpetuate that which is disavowed— fluctuating between the mindfulness of haunting and the mindlessness of drives. While embodiment is essential, it is not integral to the specter. 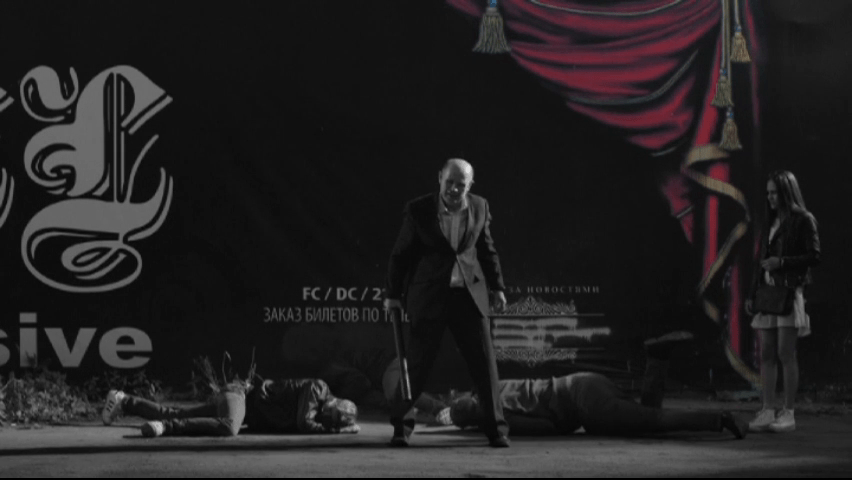 Il’ich’s collection of empty egg shells comes to represent his physical lack. A military-doctor advises him that his symptoms of “headaches, chills, sweatiness, unsteady walk, and untangled thoughts,” are the result of the empty Sella Turcica (location of the pituitary gland in the brain), but also adds that “men rarely suffer from this syndrome.” The doctor even asks if he has undergone sex reassignment surgery. Il’ich appears tormented by the constant allegations of his feminization. His former KGB boss cites a shift in power that has left men like Il’ich emasculated, also suggesting that he should accept the situation and move on, unable to perceive Il’ich’s complex motivations.

When a young couple, who are theater artists, move into Il’ich’s apartment building, his sensibility of the haunting is intensified through the feminine voice of a performer. Il’ich assumes the voice to emanate from the woman in the apartment above his. The spectrality of audio/voice in cinema— unbound from the image, permeating space and bodies—signifies a doubling of the haunting both within and outside the narrative: Il’ich’s imagination fulfilling spectator drives. Il’ich, now obsessed with the voice, encounters on his building stairway the man from the apartment above kissing a male companion. He attacks them and pushes the man over the railing. Il’ich appears pleased with his act—protecting the woman and the voice from this perversity. However, Il’ich no longer hears the evocative voice in his apartment. At the funeral of the performer, Il’ich discovers through a projected audiovisual that it was the voice of the man he murdered that he was obsessed with. Il’ich is seen rushing through a crowded boulevard with tears streaming down—his fears of the feminine dispersed in forms of digitization, deviant lifestyles, and an unbeknownst obsession with the voice of a queer man result in an uncomfortable realization not just for himself, but also for us as spectators, driven through the narrative by figments of possessed imaginations. 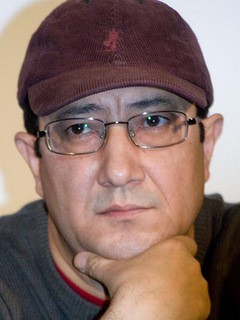 Iusup Razykov was born in Tashkent, Uzbekistan. He studied philology at Taskent University. After his military service, he enrolled in the screenwriting department at the Institute of Cinematography (VGIK). His filmography is versatile and includes credits as a director in film and television, screenwriter, producer, and also actor. He was the general director of Uzbekfilm from 1999 to 2004. He is best known for his films The Shepherd, which won an award at the Moscow International Film Festival.