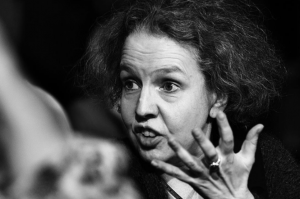 Ol’ga Shervud is a film critic and film journalist.  She graduated from the Department of Journalism of Leningrad State University in 1981 and is the author of numerous articles on culture and the arts in journals published in Leningrad/Petersburg and Moscow, as well as online.  She worked in Lenfilm Studios (1974-1982), on the editorial board of several journals (1982-2014), and published her personal blog on the Russian service of the BBC (2014-2017).  She is a member of the Union of Journalists (since 1988) and the Union of Filmmakers (since 1991). She is a member of the Academy of Cinema Art (NIKA), a member of the Steering Committee of the Guild of Film Scholars and Film Critics (Union of Filmmakers).  She is also a member of the commission of the National Award of Film Critics and Film Journalists, Belyi slon.