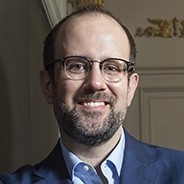 David Pettersen is Associate Professor of French and Film and Media Studies at the University of Pittsburgh where he also serves as Associate Director of the Film and Media Studies Program. His first book, Americanism, Media and the Politics of Culture in 1930s France, was published by the University of Wales Press in 2016. He also recently co-edited a special journal issue of Écrans entitled Politique des auteurs / Auteur theory : Lectures contemporaines that was published in Fall 2017. He is currently finishing a second book entitled French B-Movies: Suburban Spaces, Universalism and the Challenge of Hollywood about the use of Hollywood genre traditions in contemporary French suburban and postcolonial cinema. His articles have appeared in Cinema Journal, Modern & Contemporary France, Romance Studies, and Studies in French Cinema.